Lost: Season One
Episode 7, “The Moth” 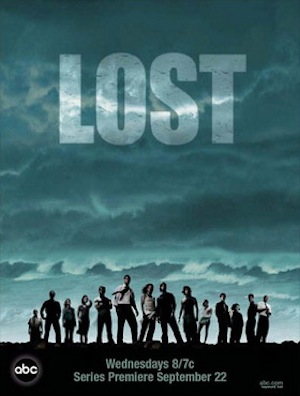 (Touchstone Television, 2005)
Main Point of Discussion: We must rejoice when we go through suffering, because through it God strengthens us and teaches us endurance.


The Movie Clip: “The struggle is nature’s way of strengthening it.”

Lost is one of those really popular, addictive television series that people talk frequently about. Whenever other popular series like Prison Break or 24 are brought up, you’ll almost always hear Lost mentioned. The series is about a group of people who survive when their flight from Australia to Los Angeles is cut short in a terrible crash on a seemingly deserted island. However, after only a short while on the island, they realize they are not alone on this island. And the more time they spend on the island, the more questions about the island arise. The series is weird and puzzling, but addictive and filled with amazing story and character development.

The clip we are using features Charlie and Locke. Charlie is a heroine addict who is trying to quit, and Locke is holding Charlie’s stash for him, helping him to sober up. This clip features a conversation between the two, where Charlie asks Locke to give him the drugs back and Locke uses a moth cocoon as an illustration to talk to him about the necessity of struggles in life. A great scene, it speaks a lot of truth.

Introducing the Clip:
Today we’re going to watch a scene from the super popular TV series Lost. Don’t worry if you haven’t ever seen the show; you don’t need to know much to understand what is going on in the scene. Our clip is from the very first season of Lost, and features Charlie and Locke. Charlie is a heroine addict trying to quit his drug addiction. Locke is helping Charlie clean up by holding all of Charlie’s drugs for him. In this scene, it’s been a few days, and Charlie is really craving his next fix. I want you to listen to what Locke tells Charlie. He teaches him a really important lesson. After the clip, we’ll break up into our groups.

BEGIN CLIP AT 18 minutes and 28 seconds.

(Locke is skinning a boar as Charlie enters.)

Charlie: Yeah, Jack. He’s… There’s been an accident in the caves. Jack’s trapped in a cave-in.

Locke: Is anyone trying to get him out?

Charlie: There’s a bunch of people there now.

Locke: And why aren’t you with them? (Charlie doesn’t answer.) You didn’t come here to tell me about Jack did you?

Charlie: I want my stash, Locke. I can’t stand feeling like this.

Locke: Come here. Let me show you something.

(They walk to a tree. LOCKE points to a cocoon growing on a tree.)

Locke: What do you suppose is growing in the cocoon, Charlie?

Charlie: I don’t know. A butterfly, I guess.

Locke: No, it’s much more beautiful than that. That’s a moth cocoon. It’s ironic. Butterflies get all the attention. But moths, they spin silk. They’re stronger, faster…

Locke: You see this little hole? This moth’s just about to emerge. It’s in there right now, struggling. It’s digging its way through the thick hide of the cocoon. Now, I could help it. Take my knife, gently widen the opening, and the moth would be free. But it would be too weak to survive. The struggle is nature’s way of strengthening it. Now, this is the second time you’ve asked me for your drugs back. Ask me again and it’s yours.END CLIP AT 20 minutes and 34 seconds.

Transitional Statement:
In this scene, Locke makes an interesting argument. He points to the moth and tells Charlie that “the struggle is nature’s way of strengthening it.” It sounds a lot like the phrase I heard growing up that said “What doesn’t kill you just makes you stronger.” (Yeah, before the Kanye West song) A lot of times we tend to roll our eyes at sayings like this, because it’s so hard to look at our difficult situations and think that we can get something good from them. But according to Locke in the video clip, we can. Let’s discuss this whole idea about strengthening through struggles in our discussion groups.


Romans 5:3, 4 (NLT)
[3] We can rejoice, too, when we run into problems and trials, for we know that they are good for us—they help us learn to endure. [4] And endurance develops strength of character in us, and character strengthens our confident expectation of salvation.

Wrap Up:
Tonight we’ve been talking about trials and hard times. I know that it is a lot easier to talk about rejoicing when things are difficult than it is to actually do it during those times. But remember what Locke said in the video clip we watched earlier: “Struggle is nature’s way of strengthening” the moth. It is amazing how God has chosen to allow us to struggle and go through trials in order to strengthen us and make us stronger. I know that for me, it isn’t always easy to look at the difficulties in my life with rejoicing or thanks. But at the same time, knowing that God is actually teaching me and helping me through these times makes it just a little bit easier. This week I want you to remember what you talked about in your groups. Remember what you answered when you were asked what you can do this week to rejoice during your struggles. And also remember your time of praying to God and thanking Him for your tough situations and difficulties. Because when those times come, we have to remember the moth, and we have to remember that God allows us to go through the struggle so He can strengthen us.