Lord of the Rings-Fellowship (True Friendship) 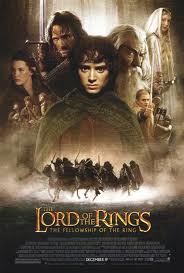 Main Point: The best friends are those that keep their promises and stick with us no matter what.

Movie Clip: Don’t You Leave Him Samwise Gamgee
The Lord of the Rings: The Fellowship of the Ring is the film that started it all in 2001. Based on J. R. R. Tolkien’s novels, it chronicles the diverse group of men, dwarves, elves, and hobbits who band together to save Middle Earth from the evil Sauron by destroying the One Ring in the fires of Mordor.

At the center of the journey is Frodo, a young hobbit who must be the ring bearer. He is tasked with holding on to the ring until it can be destroyed. His journey is a very dangerous one, so he is given several powerful friends to help him. But none are as close to him as his beloved Samwise Gamgee.

Sam is his life-long friend, and will prove invaluable to Frodo many times during the course of the story. The clip below centers on their friendship and how Sam keeps his promise to Frodo.

Introducing the Clip:
You’ve all probably seen the movie The Fellowship of the Ring, but let me show you a powerful clip taken from the end of the movie when all hope seems lost. The mighty Boromir has been killed by evil Orcs and the Fellowship of heroes has been broken apart. In this desperate moment, Frodo, the ring bearer, feels that he is a threat to his friends, and that he can spare them by going on the trek alone. He leaves the safety of his friends and makes his way down to the waiting boats, intent on sparing his friends from their certain doom. But he can’t seem to shake good old faithful Samwise Gamgee, his best friend in the whole world. Take a look.

Show the Movie Clip:
(If you own the DVD or rent it, you can cue it up to the spot listed below. Or you can use the YouTube embedded clip above.)

BEGIN CLIP AT CHAPTER 46 (The Road Goes Ever On)

(This is a long clip, so only the key dialogue will be supplied below. But here is a synopsis of the entire clip.)

The clip opens with Frodo standing by the water contemplating his task of returning to ring to Mordor so that it can be destroyed. Meanwhile, his friend Sam races through the woods to try and catch him in time. Frodo hears the voice of Gandalf, and it strengthens him for the task ahead. He jumps into the boat and pushes off, headed to Mordor alone. Sam still continues to chase him, trying to catch up with his friend.

Sam: Of course you are. And I’m coming with you. (Sam begins to wade out into the deeper water, requiring him to swim.)

(Frodo begins to paddle back over to the spot where Sam went under. In a desperate move, he reaches beneath the water and pulls Sam to the surface. Sam is then pulled into the boat.)

Transitional Statement:
Don’t you wish you had lots of friends like Sam? This guy would rather DIE than break his promise to his friend! He was willing to risk his life to stay with his friend, Frodo. Not many of us have friends as loyal as Sam was to Frodo. Not many of us have friends that always keep their promises…no matter what. But that’s the kind of friends we need. We need friends in life who are willing to keep their promises and stick with us no matter how tough life gets. Let’s take a look at another set of friends, a couple from the Bible, to see how we can learn to choose our friends more wisely.

NOTE TO LEADERS: This story needs to be understood in its context. Your students will need to know that King Saul is a chump, nothing more than a sniveling shadow of a man. He was once great, but now, his jealousy of David has caused him to try and kill David on multiple occasions. Jonathan, David’s best friend, is also King Saul’s son. Unlike Jonathan and Saul who are royalty, David is a humble shepherd. But David has been chosen by God to be the next king, and Jonathan, the man who “should” have been king, loves his friend enough to let him have the throne. Here is what Jonathan is willing to do for David.


Wrap Up:
Tonight, we got a chance to watch a powerful scene from a great movie. In it, we saw one friend almost die to keep his promise to his friend. There was no way Sam was going to let Frodo venture off to Mordor alone. He was going to go with Frodo, even if it killed him. That’s a great friend.

But that’s make-believe. Sam and Frodo are fictitious characters. That makes many people wonder if that kind of tight friendship can even exist. The answer is YES! We know that because of the TRUE story about Jonathan and David taken from the Bible.

In the story we read together, we see Jonathan taking risk after risk to make sure his friend David lives long enough to be the king over God’s people. The really cool thing about that is that the prince (Jonathan) is risking his neck to save a poor shepherd (David). By the way, this is only PART of David and Jonathan’s story. In the chapters prior to the one we read, we find Jonathan making other sacrifices for David, and being generous with him…just because he’s his friend.

I hope that you have friends like Sam and Jonathan. I’m not saying anything about Frodo or David; they’re great guys, too! But Sam and Jonathan were willing to face death to save their friends. That’s the kind of friends I want to have with me when life gets difficult.

(Leaders – Pair the kids up into groups of 3-4 students, and lead them through an exercise of prayer. Begin by having them thank God for their friends. Instruct them to ask God for even more friends who love them deeply and sacrificially. Tell them to humbly ask God to help them become this kind of friend. Finally, tell them to thank God for being the “friend that sticks closer than a brother.”)