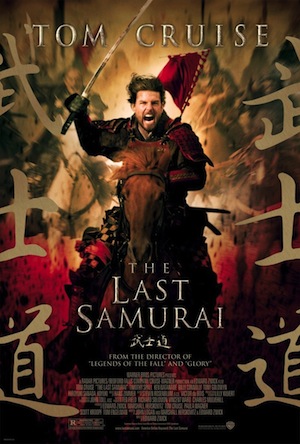 Main Point: This is a good clip when talking about commitment, dedication, discipline, or purposeful living.

Attention Grabber: Movie – The Last Samurai
An American military advisor embraces the Samurai culture he was hired to destroy after he is captured in battle.

Clip: “I have never seen such discipline.”
In this scene Tom Cruise’s character, Capt. Nathan Algren, is making observations in his journal about the Japanese Samurai village in which he is being held prisoner. He makes it very clear that he is impressed with their amazing sense of discipline. The scene takes place in chapter 15, titled “New Attire”, which starts at 0:52:50 and ends at 0:54:51.

Scene Introduction:
It’s been said, “Everyone wants the fire of God but no one wants to be disciplined.” Tonight we’re going to talk about not specific acts of discipline, but living a life of discipline, one lived “on purpose” (in a purposeful way). Let’s take a look at a clip from The Last Samurai. In this scene, Tom Cruise's character, Nathan Algren, is an American soldier who has been captured by Samurai in Japan. As their prisoner, he keeps a journal of his time spent with his captors. Listen to how he describes the people he is forced to live with.

Key Script:
Algren says, “From the moment they wake they devote themselves to the perfection of whatever they pursue. I have never seen such discipline. I am surprised to learn that the word ‘Samurai’ means ‘to serve’…”

Transitional Statment:
I think the greatest compliment that that village has ever received came from Tom Cruise's words in this scene. He just marvels over the discipline of the people there. Even when they don't know that they're being watched, they are dedicated to living their lives well. I wonder how our lives would look to outsiders. If we were being watched and observed, what would people say about us? Would they look at your life and marvel over the discipline you have? Would they see how much of a servant you? Right now we're going to break up into our discussion groups and really hash over some of these questions.

Col. 3:22-24: Slaves, obey your earthly masters in everything; and do it, not only when their eye is on you and to win their favor, but with sincerity of heart and reverence for the Lord. 23 Whatever you do, work at it with all your heart, as working for the Lord, not for men, 24 since you know that you will receive an inheritance from the Lord as a reward. It is the Lord Christ you are serving.

Wrap-up: In the movie clip we saw a culture of discipline and honor. And the passage we just read expressed the importance of discipline, hard work, integrity . . . honor. Many of you shared that it’s worth it to strive for these traits in our life. But at what cost?

As we close, let’s go around the circle and share what “price” you are willing to pay for God’s influence in your life. Share the specific area you need His influence, and how you plan to be more disciplined this week.