The Gospel According to the Walking Dead – Season 4, Episode 1 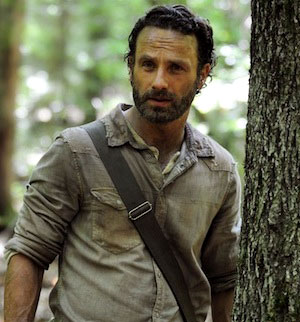 The last few months the world waited in anticipation for October 13th, not cheap jerseys to see if the Broncos or the Chiefs could stay undefeated… but to see how a small group of survivors would survive out on their own surrounded by the walking dead.

The fan base of The Walking Dead has expanded way beyond a handful of comic book geeks. In fact, the Season 4 Premiere of The Walking Dead garnered more viewers than any other show this year in the 18-49 age bracket, with 16.1 million total viewers. Not only is this a few million more viewers than the already wholesale mlb jerseys impressive Season 3 finale, but the Season 4 premiere was actually “the most-watched show in the demo on any channel, broadcast or cable, this fall, and that includes sports. Not even an NFL game has drawn more 18-49 viewers this season.”

The episode introduced some key plot points to the popular series:

And the most intriguing element:

We’re introduced to the “three questions” in the season premier as Rick encounters Clara, a woman in the woods. Clara begs for help for her and her husband. Rick explains that their group has an interview process, a “litmus test,” if you will, which helps the group ascertain if someone can join their little community. It isn’t until near the end of the episode where we hear the three questions:

“We ask these (questions) and if they give any answer we think is suspect, or the way they answer it is suspect, then they don’t come back. So it’s basically just a buffer, a first shield, and then its’ a matter of proving yourself. But we had to make some judgment calls… it shows the evolution of the morals in the show.”

The three questions were the brainchild of Scott Gimple, executive producer of the show, wanting to show the transformation of the values of the characters. Rick, for example, didn’t want to let any people in until the end of Season 3. So these three questions show the group’s attempt at showing compassion in a chaotic world.

This show excels at presenting situations like this, provoking discussions about morality.

Here are some questions cheap nfl jerseys you can use to help you discuss the moral issues Season 4, Episode 1 brought up this week:

(Note, I’ll always start with lighter questions, then get deeper.)

DISCUSS THIS FURTHER IN CHAPTER TWO OF THE ZOMBIE APOCALYPSE SURVIVAL GUIDE FOR TEENAGERS, “WHY PROVERBS IS MORE RELEVANT THAN EVER BEFORE” – CHECK IT OUT IN THIS FREE DOWNLOAD OF THE FIRST FEW CHAPTERS