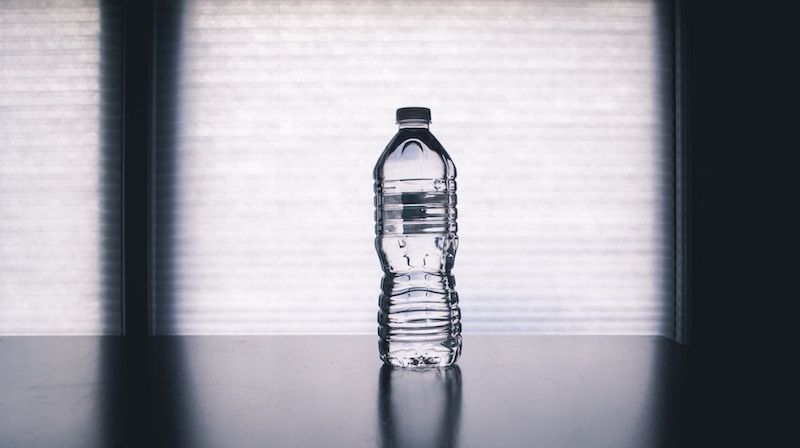 Note: Excellent as an opener for a discussion on sexual purity.

We classify this as a skit but also believe that it works well as a short video clip if you have the time and ability to rehearse, film, edit and show. The skit is humorous but makes a very clear point which we encourage you to use as a discussion starter. The point of the skit is how people like their water: fresh from and un-opened bottle or slightly used from a bottle that has been shared.

Setting:
In a short film this scene takes place on a city street corner.
As a skit, you can set your stage as though a few students are taking a survey of people passing by.

Characters:
Two people, a guy and a girl, who are on-the-scene reporters or interviewers.

You will need at least 10 extra actors who are off stage or, in a film, they would be in a van parked on the street corner where the interviews are taking place.

You will also need at least 3 people to be surveyed.

For A Film:
On a street corner the two reporters ask a random person,

“Which bottle of water would you like, this one or that one?”

(Each interviewer holds a bottle of water. They are exactly alike.)

As the person ponders her answer, the 10 people get out of the van, and approach one of the interviewers who is holding a bottle of water. Each person from the van takes a small swig of the water from one of the bottles.

“Which one would you want now?”

(The person being interviewed always chooses the unopened bottle of water.)

The interviewers ask, “Why do you choose that one?”

The interviewee answers, “Because it’s fresh. Because it’s not used. Because I want my own, not something that’s been shared.”

The point is that people usually like to have their own fresh bottles of water and yet they are willing to be physically intimate with others who have been shared, or who are not fresh. Is sexual purity as important to you as having your own fresh water bottle?

It’s a powerful point, for sure, but don’t forget to make it an even more powerful point that NOTHING and NO MISTAKE is beyond the redemption God offers us through Jesus. If you choose to use this resource, just know that the odds are good that someone in your crowd will have already made this very mistake addressed in the skit. Make sure to offer those young people hope in Jesus; otherwise, they may just feel beat up and guilty.

In Skit Form:
This works well as a skit. You simply need to change your setting to make your stage look like an on the street survey. Prepare your 10 water drinkers in advance and have them walk into the scene and take a sip from the bottle of one of the interviewers and then sit back down with the other students.