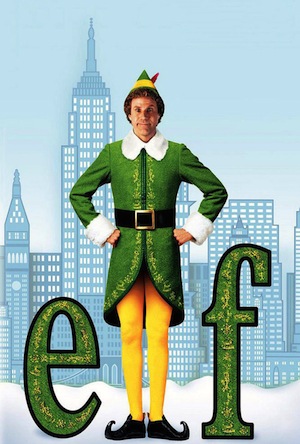 Main Point of Discussion: Intimately knowing Jesus is the true meaning of Christmas.

The Movie Clip: “Spotting the Imposter”

This clip is a hilarious scene from the hit Christmas movie Elf. Will Ferrell plays Buddy, one of Santa’s real elves. In this scene we’ll see Buddy’s reaction when he sees a fake Santa.

Optional Small Group Game/Opener:
Welcome! We’re going to start out by testing how well you know the people around you. Here are your instructions. Think of 2 TRUTHS about yourself that people here may or may not already know about you. At the same time think of one LIE about yourself. The object is to make the lie look a lot like a truth. For example, you probably shouldn’t say, “I have an identical twin” as a lie because most of us would be able to identify that as the lie right away. You want your lie to be pretty believable and perhaps close to the truth, but not the total truth. You’ll have three minutes to think through your “2 TRUTHS and a LIE.” Mix them up so the lie doesn’t always come at the end.

(Allow three minutes to think. You have the option of then grouping up and each person sharing their “2 Truths and a Lie” in a small group or you can call on volunteers to step up front.)

OK, I’ll go first! Here are my “2 Truths and a Lie.” Listen and then I’ll let you take a guess as to which one is the lie.

(Leader goes first. Proceed either in groups or from up front.)

Introducing the Clip:
(This paragraph is only if you used the optional small group game/opener) Sometimes we think we know people better than we really do. My best friend (husband/wife) would have known my lie immediately. Some of you were able to identify the lie your friends told because you know them so well.

We’re going to take a look at a funny clip from the movie Elf. Buddy is one of Santa’s real elves. In other words… he knows the real Santa. And in this scene, Buddy is about to discover someone else’s LIE!

BEGIN CLIP AT 36 minutes and 20 seconds. (Chapter 7: Buddy just finished a conversation with his co-workers at Gimbals Department Store. He is about to see the “Santa” who has been hired to meet kids.)

Santa enters. Children and Buddy cheer and call out.

Buddy: Who the heck are you?

Santa: What are you talking about? I’m Santa Claus.

Buddy: No you’re not!

Buddy: If you’re Santa, what song did I sing for you on your birthday this year?

Santa: (To little boy on lap) So how old are you son? You’re a big boy. What’s your name?

Santa: What do you want for Christmas?

Buddy: Paul, don’t tell him what you want. He’s a liar. (to Santa) You disgust me! How can you live with yourself?

Buddy: You sit on a throne of LIES.

(A fight ensues. “Santa” chases Buddy around the store while kids scream in horror.)
END CLIP AT 38 minutes and 14 seconds. (Just before you see a gold gift box with a tag that reads, “To Someone Special.”)

Transitional Statement:
That was obviously a silly clip but it makes a point for tonight. When you REALLY know someone, like Buddy knew Santa, you can easily identify an imposter.

Christmas time is filled with imposters, things that don’t accurately represent what true Christmas is all about. Don’t get me wrong…I’m not saying that gifts or sleigh rides are bad. Christmas is one of my favorite holiday times. I love the time with family and the spirit of giving. But let’s be honest. Sometimes the busyness of the Christmas season seems to almost replace the “Christ” in Christmas. Events, gifts, and holiday images are constantly telling us what Christmas is about… and it usually has nothing to do with Jesus, the greatest Christmas gift of all time. The way to identify the TRUE focus of Christmas is to intimately connect with the Christ of Christmas. Christ the living God.

Discussion Questions::(The first three questions are for your group only if you decided to play the optional small group game/opener.)


The more intimately we know someone, the easier it is to identify the truth and spot imposters when they come along.

There’s a passage in the Bible about sheep and a shepherd. It might help to understand if you know that sheep really do learn the sound of their shepherd’s voice. Once they know that voice, they will ONLY follow that shepherd, just like Buddy would ONLY support the true Santa.

John 10:1-5 (NLT)
“I tell you the truth, anyone who sneaks over the wall of a sheepfold, rather than going through the gate, must surely be a thief and a robber! [2] But the one who enters through the gate is the shepherd of the sheep. [3] The gatekeeper opens the gate for him, and the sheep recognize his voice and come to him. He calls his own sheep by name and leads them out. [4] After he has gathered his own flock, he walks ahead of them, and they follow him because they know his voice. [5] They won’t follow a stranger; they will run from him because they don’t know his voice.”

Wrap Up:
Most people would acknowledge that the true meaning of Christmas is in the birth of Jesus. But KNOWING JESUS INTIMATELY is more than simply saying “He’s the reason for the season”… it’s NOT knowing about Jesus, it’s knowing Jesus personally. We are meant to know Him like the sheep who know their shepherd and run away from imposters. Buddy knew Santa because he had grown up with him; he had spent tons of time with him. Do you know Jesus with that kind of deep attachment?

Don’t let Jesus be a stranger in the manger. He came so that we could know Him up close and personally. He came because He loves us and wants to connect with each of us.

Of course Christmas is filled with fun and traditions! Don’t throw those things away. Just understand that Jesus is here to invest in a relationship with you. God says you are worth it. Don’t let Jesus be a stranger in the manger.