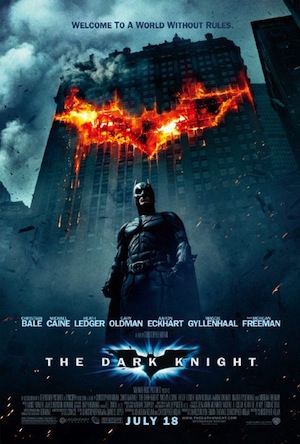 Batman Has No Limits
(Warner Brothers, 2008)

Main Point of Discussion: We may be successful, popular, or the best at everything we do. But we have to make sure we don’t become prideful, because there are some things that only God can do.

The Movie Clip: Batman Has No Limits
The Dark Knight is another film in the series of Batman movies. The movie centers on the struggle Bruce Wayne has in coming to grips with his responsibilities as Batman. Several do-gooders have begun to imitate Batman, and as a result, the citizens of Gotham City face the wrath of the criminal underworld who’s trying to find a way to kill the real Batman.

Introducing the Clip:
Let’s watch a clip from one of the biggest movies of 2008, The Dark Knight. The Dark Knight is about Batman and his struggle to deal with all the responsibilities and emotions that his hero status brings him. In this scene Bruce Wayne and his butler Alfred are going over what happened the night before while Bruce was protecting Gotham City as Batman.

(Alfred is trying to find Bruce and finally does in the underground bunker.)

Bruce: Yeah. It makes me learn from my mistakes.

Alfred: You ought to be pretty knowledgeable by now, then.

Bruce: My armor. I'm carrying too much weight. I need – I need to be faster.

Alfred: I'm sure Mr. Fox can oblige. Did you get mauled by a tiger?

Bruce: It was a dog.

Bruce: It was a BIG dog. There were more copycats last night Alfred, with guns.

Alfred: Why don’t you hire them and take the weekend off?

Bruce: That’s wasn’t exactly what I had in mind when I said I wanted to inspire people.

Alfred: I know. But things have improved. Look at the new District Attorney.

Bruce: I am. Closely. I need to know if he can be trusted.

Alfred: Are you interested in his character or his social circle?

Bruce: Who Rachel spends her time with is her business.

Alfred: I trust you don’t have me followed on my day off.

Bruce: Batman has no limits.

Alfred: Well, YOU do sir.

Alfred: What’s going to happen on the day that you find out?

Bruce: We all know how much you like to say I told you so.

Alfred: On that day Master Wayne, even I won’t want to. Probably.

Transition Statement:
Bruce Wayne thinks Batman has no limits. Like him, we may know how to fix problems, solve equations, lead our team to victory, or “own” our friends in the latest game. However, there will always be something in life that we just can’t seem to handle, and if we’re not careful in those situations, our pride will get us into serious trouble. Let’s try to learn a lesson from Batman’s troubles so we don’t let our pride ruin us.

DIVIDE INTO SMALL GROUPS:
Let’s go ahead and split up into our discussion groups, and then afterward we’ll come back together for a final word.

1 Corinthians 3:1-9 (NIV)
1Brothers, I could not address you as spiritual but as worldly—mere infants in Christ. 2I gave you milk, not solid food, for you were not yet ready for it. Indeed, you are still not ready. 3You are still worldly. For since there is jealousy and quarreling among you, are you not worldly? Are you not acting like mere men? 4For when one says, “I follow Paul,” and another, “I follow Apollos,” are you not mere men?
5What, after all, is Apollos? And what is Paul? Only servants, through whom you came to believe—as the Lord has assigned to each his task. 6I planted the seed, Apollos watered it, but God made it grow. 7So neither he who plants nor he who waters is anything, but only God, who makes things grow. 8The man who plants and the man who waters have one purpose, and each will be rewarded according to his own labor. 9For we are God's fellow workers; you are God's field, God's building.

Wrap Up:
Tonight we heard what Bruce Wayne thinks of Batman. We heard him say, “Batman has no limits.” But, the truth is, Batman has lots of limits, just like us.

Pride can be a very good thing, but it can also be a very bad thing. If we become prideful in ourselves, we may get into a situation that is over our heads, and like Batman, we may get hurt.

However, if we live a life that honors God and not us, then we not only know our limits, but we learn to glorify God’s name for the things that only He can do.

Super heroes are great for movies, but God is the only One who truly has no limits!