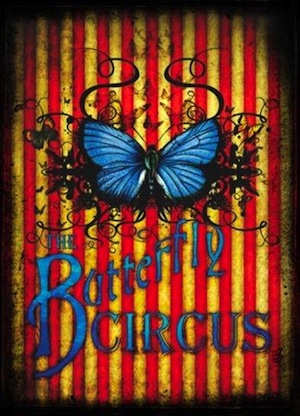 (Doorpost Film Project, 2009)
Main Point: Every life can be redeemed by God and filled with purpose.

Video Clip: The Butterfly Circus
The Butterfly Circus is set in the height of the Great Depression and tells the story of a kind and generous ringleader (Eduardo Verástegui) from a renowned circus as he guides his entertaining troupe through the devastated American landscape, lifting the spirits of impoverished people along the way.

During their travels they discover a man named Will (Nick Vujicic) without any limbs at a competing carnival’s sideshow. They reach out to the “man who God Himself has turned His back upon,” and soon, the outcast of a man joins their circus.

The limbless man spends the rest of his days with the loving entertainers of The Butterfly Circus trying to discover how God has enabled him to be a blessing to others.

Introducing the Clip:
I want to show you a short film tonight; it’s not a movie clip. It’s called The Butterfly Circus, and it stars Nic Vujicic, an Australian who was actually born without any arms or legs. You may have even seen his videos circulating the web. Check out this dramatization of him moving from a sideshow freak in a circus to a person who God uses to bless others.

The short film is available for free here: http://thebutterflycircus.com/short-film/

Transitional Statement:
Will’s life was changed when he began to see that God could use him as he was. He was emptied of his hatred and filled with hope. He learned to overcome his challenges and seek to serve others. The lesson that Will learned through his new friends was that God can redeem anyone, fill them with purpose, and use them to help lead others.

Luke 19:1-10 (NIV)
Jesus entered Jericho and was passing through. A man was there by the name of Zacchaeus; he was a chief tax collector and was wealthy. He wanted to see who Jesus was, but being a short man he could not, because of the crowd. So he ran ahead and climbed a sycamore-fig tree to see him, since Jesus was coming that way.

When Jesus reached the spot, he looked up and said to him, “Zacchaeus, come down immediately. I must stay at your house today.” So he came down at once and welcomed him gladly.

All the people saw this and began to mutter, “He has gone to be the guest of a 'sinner.'

But Zacchaeus stood up and said to the Lord, “Look, Lord! Here and now I give half of my possessions to the poor, and if I have cheated anybody out of anything, I will pay back four times the amount.”

Jesus said to him, “Today salvation has come to this house, because this man, too, is a son of Abraham. For the Son of Man came to seek and to save what was lost.”

Wrap Up:
Tonight we watched a heart-touching story about a man who moved from ridicule and desperation to hope and leadership. Because someone else loved him – Mr. Mendez in this example – Will was able to live a life that was completely different from the one he’d always known.

We also read a story from the Bible about a man in a similar condition to Will. His name was Zacchaeus and he was despised by everyone in his town, mainly because he robbed from them in the name of government taxes. But when Jesus met him, Zacchaeus’ life was changed forever.

Both Will and Zacchaeus were redeemed by others, and their lives looked like it from that day forward.

The Bible is filled with other true stories about God redeeming people who have no hope. He rescued Moses from obscurity at the Burning Bush and put him in charge of the most famous exodus of all time. He liberated Joseph out of a dungeon and made him second in command of the largest empire on the planet at the time. Throughout history, God has pieced back together the lives of those who have been broken.

If you have been redeemed by God – changed forever – let me ask you a question: Does your life show it? In other words, are you living your life the way God wants you to in light of His incredible sacrifice to rescue you? If not, let’s talk about why later one-on-one.

If you have never been redeemed by God, but know what it’s like to live like Will or Zacchaeus, then tonight you can experience God’s redemption. Just ask God to forgive you of your sins, and promise to live for Him for the rest of your life. Then your life will begin to look like that of Will’s and Zacchaeus’.

Living a redeemed life is wonderful. If for whatever reason you aren’t living one right now, let’s talk privately after we close in prayer.