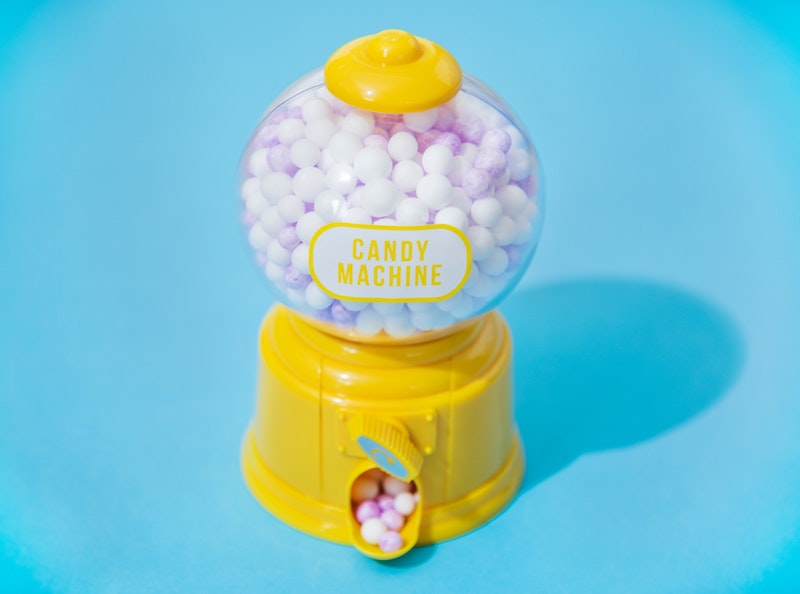 As the title suggests, you need some guys, 4 to be exact, to pull this one off. A steel stomach won’t hurt either.

The setting is a simple sidewalk. There needs to be a wall of some sort in the background, and also a really, really nasty trash can sitting close by.

Boy 1: (Walks in listening to his iPod singing along out loud. The goofier the song, the better. He gets to where the trash can is located and stops for a moment. He pulls out his gum and sticks it to the wall somewhere close to the trash can. Then he exits the scene.)

Boy 2: (Walks in from the same directions as Boy 1 and heads toward the trashcan. When he gets to where the gum is located, he notices that his shoe is untied. He bends over to tie his shoe, and when he goes to stand up, he places his hand on the wall, right where the chewing gum is.) “Ahhh geez! Bubblegum! Yuck!” (He then stoops over and begins to wipe his hand across the ground to rub it off on the sidewalk. When he frees himself from the gum, he leaves the stage.)

Boy 3: (Walks in from the same direction playing a handheld video game of some sort, not really watching where he is going. He steps in the gum on the ground and comes to a stop. He looks down and notices the gum.) “I wish people who spit their gum on the sidewalk would all be abducted by aliens for the purpose of strange experiments!” (He then takes the gum off of his shoe and puts it in the trashcan. Then he leaves.)

Boy 4: (Walks in from the same direction with a cup in his hand. As he approaches the trashcan, he takes one final, really long slurp from his drink, and then puts the empty cup in the trashcan. While doing so, he gets the gum on his hand.) “Oh, dude, that is SO sick! This is somebody’s chewing gum on my hand!!” (He steps over to the wall and sticks the gum on the wall. He walks off shuddering in a grossed out manner.)

Boy 1: (Re-enters the scene from the opposite direction. He is now singing some other really silly song. He notices his chewing gum on the wall right where he left it. He reaches up to grab it and says) “Hey! There’s my gum.” (He then pops it in his mouth and walks off the stage.)