1. Tell the crowd that you’re going to play a game! 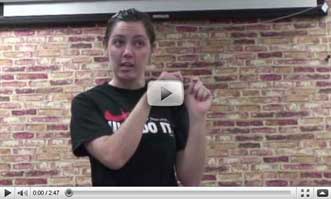 Best way to ruin a game is tell kids that you’re going to play a game! Youth groups across the nation consistently use this pathetic transition: “okay, we’re going to play a mixer now!” First of all … does the average jr. higher off the street know what a mixer is? Yeh! It’s the thing their mom uses to stir cake mix. When starting a game … just start doing it. For example: “hey, before we get started today I want everyone on this side of the room to scoot one foot that way while my staff run this rope between you …” Just start it. Ten minutes later kids will be looking at each other saying, “hey … we’re playing games!”

2. Don’t be prepared
Time is always crucial because attention span is short. In this fast food, microwave, quick cut, MTV, minute rice, Taco Bell generation, kids are used to having what they want, stimulating their eyes, ears and mouth EVERY SECOND. Now if we stand up to play a game that required two marshmellows with a piece of string tied around them … if you walk up with a bag of unopened marshmellows and uncut string that is NOT ALREADY TIED … you’ve already lost. Have everything ready.

If you’ve never done the game before … test it. So many times I thought I was the “Game Master” and all of a sudden I’m up short in front of a bunch of kids. Not a pretty sight. Test it!

3. Don’t have your staff playing with them
Hopefully your staff are there to hang out with kids, not to be just a chaperone. Chaperones are no fun and no kid wants a relationship with one. Your staff should get on the teams with the kids and participate as much as possible. I have students to this day that still remind me of times we annihilated another person with Q-tips when I was on their team during a Q-tip war. Fun memories make lasting impressions.

4. Explain the game for more than 30 seconds
As we talked about above on #2, time and attention span are short. Part of being prepared for a game is knowing how to explain it quickly. Give the basics, maybe with a visual example and jump straight into “ready, set, go!”

Don’t be afraid to start a game even when some are still confused. Your staff can help push these people along once you start.

5. Take more than 30 seconds to divide teams
Same principle as above. Have a quick tactic planned to divide teams fast. Always try to use natural divisions: grade levels, gender, half of the room, etc. Only # off as a last resort!

6. Have someone without ability or even a personality leading the game
Game leading isn’t something you should just throw on a new staff member. They should be trained in the basics and given an opportunity to lead a game every once in a while. You’ll find that some people just aren’t gifted in being up-front. Don’t use these people. A key to a successful program will be putting staff people in areas that they are gifted and feel comfortable.

By the way … if something goes wrong, play it off. Games will go sour- it’s a fact. If they do, use the opportunity to make fun of it. If a game goes wrong and the leader is funny about it, kids will still have a good time … and that’s the point, right?

7. Make sure the crowd can’t see those playing the game.
“Of course” you say. But how many times have I seen some cool crowd breaker where a kid is getting dowsed with syrup or a girl is about to suck a jelly bean out of some jello and … I couldn’t see cause some stupid game leader was standing right in the way! If you’re leading a game … STEP ASIDE! If you’re in a level room and you have a visual game … elevate it somehow! You get the point.

If you like this quick little article you’d love the entire chapter. This article is just a piece of a chapter in Jonathan’s hit book THE TOP 12 RESOURCES YOUTH WORKERS WANT! The book goes into much more detail and gives examples you can follow. The book also includes the top games, events, ideas and discussion starters that youth workers want.
By Jonathan McKee 0 Comments
Share