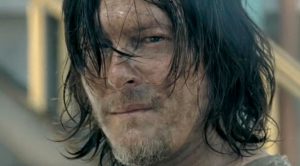 In my life, I have felt this way, and it usually is coupled with feelings of guilt over the fact that I made the choices to put myself in that situation. Most of these kinds of problems in my life have been (to quote Blind Willie Johnson and Led Zeppelin) “nobody’s fault but mine.” I think that this is the worst kind of despair.

But often people are put in situations that seem hopeless, regardless of the choices that they make. You only have to look at the END_OF_DOCUMENT_TOKEN_TO_BE_REPLACED