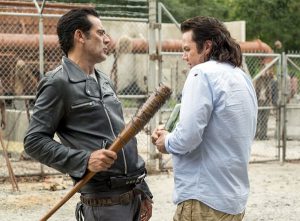 What would you do if Negan captured you and asked you to join his team?

Let that question sink in for a moment. Knowing what you know about this man, would you defy him directly like Daryl? Would you give in and serve him like Dwight? Would you pretend to serve him and wait for an opportunity to rebel or escape? (We know that this is what Carol would do.) Would you try to convince Eugene to make poison pills to slip into Negan’s soup?

Or would you do what Eugene is doing. (What is Eugene doing?)

Rebel, lie, or conform to save your life? This is the question millions END_OF_DOCUMENT_TOKEN_TO_BE_REPLACED 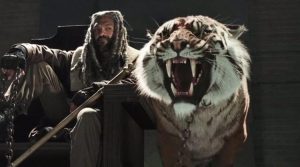 While these ideas are somewhat elitist and maybe even a little offensive, I still see an element of truth in them. I am a pastor, a thinker, and definitely a “religious” person, but I also see END_OF_DOCUMENT_TOKEN_TO_BE_REPLACED