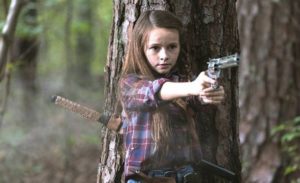 Have you ever stood in a place where previously you did something horrible? Maybe things have changed in your life since you were in that place, but going there brought back some vivid memories. Perhaps, unwelcome memories.

Not long ago, I was speaking to a veteran who suffers from PTSD. He told me that he had done some terrible things during wartime and that over time, the memories never faded. But things got even worse for his PTSD when he took a vacation with his family to the country where he had served in combat. His family wanted to see where he had served, but he wasn’t prepared for the emotional consequences. He said that the minute he stepped off the plane, he recognized some of his old feelings coming back.  This was particularly troubling for him, because he had become such a different person than the young soldier he once was. One of the biggest changes for him had been the fact that he was now a follower of Jesus. He told me that he wished that he had never gone back to that place.

Many of us know what that feels like. There is something about returning to a place where we have a bad history that brings back old feelings in a new way. On tonight’s episode of The Walking Dead, we see this happen to Negan.

The episode begins with Negan sneaking out of his prison cell, gathering some survival supplies and heading toward the outer wall of the compound. But just before he is able to climb over, he runs into Judith who has a gun aimed at him. Last week we learned that she has been secretly visiting him in his cell and has become his friend.

At first she wasn’t going to let him go, but eventually she has a change of heart. Negan tries to convince her that he has changed.

Negan:Now, you know me. You know me better than anyone’s known me in a very long time. So I promise I promise you that I’m not gonna hurt anyone.

Even if they try to hurt me, I promise you, I won’t hurt them. But I gotta go.

We don’t know if she believes him or not. But she lets him go and he starts to wander around some of his old stomping grounds. This time he is armed with a shovel instead of his old barb wire decorated baseball bat named Lucille.

After a few mishaps, he ends up drinking some water from a stream that is clearly bad water. He ends up getting sick, but it is the location where this happens that is so striking.

Because this is The Walking Dead, it is hard to know if Negan is beginning to feel remorse or guilt. All we do know is that Negan is no longer able to function in the way that he used to. By the end of the episode, he is heading back to Alexandria to his prison cell out of his own volition. Perhaps we are going to see a story of redemption with Negan, but either way, it will be nearly impossible to forget what he did to Glenn, Abraham and so many others.

This scene reminded me of one of the central tensions that we see in the Bible. When peoples’ lives are changed by the gospel, it doesn’t mean that their pasts don’t still haunt them. We see so many stories in the Bible about changed lives, but we also see the struggle that is created for those who have been victims of these people in the past.

Probably one of the best examples of this in the bible is Apostle Paul. When we first meet him in the book of Acts, he is busy persecuting and killing Christians. He even stands and watches as a large crowd kills one of the earliest church leaders, Stephen by throwing rocks at him until he dies. But right after this gruesome murder, Paul meets Jesus on the road to Damascus and becomes a Christian.

You can imagine how Christians felt about this. Some felt suspicious that this was part of some larger plot by the Sanhedrin. Others thought that, it didn’t matter if Paul was sincere, he didn’t deserve mercy after what he did to Stephen and so many others. But either way, Paul became a significant leader in the church (and not by accident) spent much of his career working with gentiles.

Years later, in a letter to a church in Corinth Paul addresses his past.

8 Last of all, as though I had been born at the wrong time, I also saw him. 9 For I am the least of all the apostles. In fact, I’m not even worthy to be called an apostle after the way I persecuted God’s church.

10 But whatever I am now, it is all because God poured out his special favor on me—and not without results. For I have worked harder than any of the other apostles; yet it was not I but God who was working through me by his grace.1 Corinthians 15:8-10(NLT)

Paul didn’t forget where he came from. This letter is probably written at least 15 years after his conversion, so his past isn’t something that he is asking people to forget about.  He is very aware that he has done some terrible things, and he doesn’t expect people to just move on. However, he knows that there is hope in his situation. His hope is in God’s grace.

You see, people may not have been able to move on from the things he did in the past, but God was able to.  As a matter of fact, God used even some of the worst things in Paul’s past to help him in his current ministry. Most obviously, his past made him extremely humble.  He had no illusions as to what saved him – God’s grace.  He didn’t brag as if his leadership came from his natural abilities or hard work.  He understood that he was just a small part in God’s big plan.