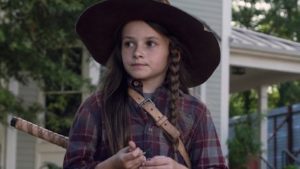 We live in a dangerous world.  We see stories of human violence on the news daily.  Many people groups around the world live in open hostility or in fear of their neighbors.  But, as Christians, how are we supposed to treat outsiders who want to join us but could be a potential threat?

Should we keep them out, or do we let them join us?

Do we only let in those who are like us, or do we risk becoming a more diverse culture?

Many of our relatives were welcomed in, but do we now have to treat others the same way?

As Americans, this has always been part of our political conversation. All of us (unless we are Native American) were immigrants to this country at one time. We also all undoubtedly have many stories in our families about those who immigrated to this country and the hardships that they faced trying to integrate into a new culture. Most likely, the nature of those stories are as diverse as the people who now reside in America – one of the most culturally diverse countries in the world. Many Africans and Chinese were dragged here unwillingly and forced into slave labor. Other groups came here fleeing persecution and ended up finding freedom.

My family fled Scotland via Ireland (is my name a giveaway?) because of economic reasons, and eventually found freedom and prosperity. But like many immigrant groups in this country, my family took many generations to overcome all kinds of hardships before they found their place here in California.

But like all of the generations before us, we are now in the position of discussing how we should treat those who now want to enter into our country and join our culture. If you are an American, you know that the views on how this should work are debated and cause all kinds of controversy. And like most generations that came before us, people are fearful of what can happen to our culture if more cultures are let in. Will they hurt us? Will they change us? Should the fact that our country welcomed our ancestors in the past influence our decision making in the present?

This seems to be exactly where we are right now on The Walking Dead. Or you could argue, that like in America, this is where we have always been. Since Season One, this question about who you let in has been a relevant one. What if Hershel hadn’t let Rick and his group stay at the farm way back at the beginning? Or what if our group hadn’t let Michonne in? Or what about Rosita, Gabriel, Eugene, Aaron or Siddiq? And those are just characters who were important in tonight’s episode. The question about how a core group treats strangers has always been at the forefront of this show.

I have to admit that I love where the show is right now. Last week, we lost Rick, but then we suddenly fast forwarded six years where things have changed tremendously (and many things have also stayed the same). Michonne now has a new baby boy (from Rick) and she is taking care of a very precocious grade-school aged Judith. Alexandria seems to have evolved into a very orderly community with abundant resources and even a government system that Michonne seems to have a lot of influence over. Negan is still in jail, but now he is (presumably) allowed to speak freely with people outside his jail cell. Rosita, Gabriel and Eugene seem to be in a bit of a love triangle, but clearly the lines are blurry (like they often are in this show).

The show starts off this week right where they left off last week when the older version of Judith meets some strangers on the road. She then invites them back to Alexandria because that is the kind of little girl that Judith has become. She is like her father and brother in so many ways and she proudly carries Carl’s hat and Rick’s gun as a badge of honor. But when she brings these strangers in the gate, Michonne is not too happy.

Michonne:You wanna tell me what this is?

Man:Five unknowns all clean, one headed to the infirmary.

Michonne:[insects chirping] All clean? You sure about that?

Michonne:And why are they here?

Michonne:It’s not your call to make.

Michonne:Judith, you know the rules. You all do.

Aaron:Thing is, they’re here now, and one of ’em’s badly hurt. Siddiq’s checkin’ her out, but Look, no disrespect, but maybe their fate is something we should decide together.

Gabriel:It’ll be dark soon. First thing tomorrow, we can bring them before the council for a vote.

The next day we get to see a council meeting (where Michonne has a lot of influence) where they are going to vote on the fate of the strangers. They never show us the vote, but clearly these strangers are going to have to leave. In the process, we are introduced to these strangers in a way that makes us think that they will probably integrate well into this group. Two of them speak sign (one of them is a deaf actress) which may come in handy in certain situations. One of them has a past that involves prison tattoos (and her hidden belt knife shows that she can take care of herself). The other is a music teacher who seems like he would be a great addition to this community (played by the awesome Dan Fogler). Clearly we haven’t seen the last of them.

While the group is very divided on the issue of allowing more people in, they still are trying to reach other groups. Rosita and Eugene go on a mission to enhance their radio signal, but end up having to evade Walkers the same way Arnold evaded the Predator, by covering themselves in mud. Consequently, they may have met some of the Whisperers (comic readers know what I am talking about). But the fate of these new characters may be intertwined with the fates of Eugene and Rosita. Hopefully we will see these new people join the way everyone else joins the group, by saving the lives of others.

As I watch the show, I am usually asking myself how Christians would react in these situations. This is also very much the premise of Jonathan’s book The Zombie Apocalypse Survival Guide for Teenagers. How would Christians behave in the types of situations that we see every week on The Walking Dead?

When it comes to the issue of how we treat the stranger, or the immigrant, I think that the debate should be a little less adversarial. Mainly because I think that the Bible is very clear on the subject. We see teaching about this starting at the beginning of the Bible.

21 “Do not mistreat or oppress a foreigner, for you were foreigners in Egypt. (Exodus 22:21, NIV)

33 “‘When a foreigner resides among you in your land, do not mistreat them. 34 The foreigner residing among you must be treated as your native-born. Love them as yourself, for you were foreigners in Egypt. I am the Lord your God. (Leviticus 19:33-34, NIV)

We see it also in the gospels.

Even the teaching portions of the New Testament weigh in on the subject.

2 Do not forget to show hospitality to strangers, for by so doing some people have shown hospitality to angels without knowing it. (Hebrews 13:2, NIV)

In the Old Testament, the subject is almost always framed within the context of the Exodus (when Moses led the Israelites from slavery in Egypt into freedom by God’s mighty hand). The argument is simple – treat others the way you wanted to be treated when you were wandering in the desert. Or more likely, how they wanted to be treated when they were slaves under Pharaoh.

Later in the Old Testament, it was usually a reminder about how Israel wanted to be treated during or after the exile (when Assyria and Babylon occupied Israel’s land). In the New Testament, it was usually stated as merely a description as to how Christians should behave. The bottom line is, we need to treat God’s children the way that we want to be treated (or have already been treated) – with mercy and grace.

As Christians, we should always think about treating others the way that we want to be treated. This is why we call it the Golden Rule.  When we treat strangers with hospitality, despite our fears about them, we are treating them the same way that God treats us.

Thom McKee Jr. is a husband, father, pastor… film geek (and brother of Jonathan McKee). Thom lives in Northern California with his wife and two kids.