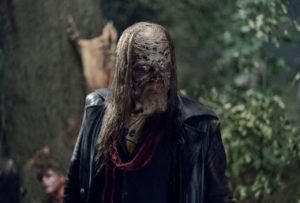 Recently my 13-year-old son asked me about how to deal with a situation with a bully. Now, I must say that most of his friends’ parents have given him different advice than I did. Most of his friends have been told to just hit the bully as hard as you can and they will leave you alone. I will even admit that sometimes that advice works. But that is not the advice that I gave my son. What I told him to do was to try to figure out a way of solving the problem without resorting to violence.

Why did I give him that advice?  Two reasons – it will save him a lot of pain in the future and this is how the bible teaches us to solve our problems.

It will save him pain in the future, because this is simply not the way that adults should handle conflict. Over a decade ago, several men got into a fight right in front of my wife’s parents house in La Jolla, California. This is a very nice neighborhood. There were no weapons. Just one guy hit another guy in the face and the victim fell and hit his head. Unfortunately, he suffered a traumatic brain injury and died on the spot. The guy who hit him is still in prison. I tell my son, that life is not like television. When you “knock someone out” you can cause permanent damage. Or, in the United States, people carry guns and fights can turn deadly very quickly.

I also showed my son the teaching sin the bible about this. I pointed to the words of Jesus when He said “Blessed are the peacemakers (Matthew 5:9)” and “turn the other cheek (Matthew 5:39).”  Or Apostle Paul, when he said “Do not repay evil with evil (Romans 12:17).” Or hundreds of other verses throughout the bible that teach the importance of making peace with others.

Tonight, on The Walking Dead the Kingdom was confronted with this same issue that we have been dealing with since season one – do they kill their enemies or do they try to make peace with them? Throughout the show, we have seen many different scenarios with many different results, but the problem still exists. How do they respond when they are threatened?

Tonight, it was from a new group call the Highwaymen who want to charge the Kingdom a toll for using any roads in and out of the Kingdom. So Ezekiel, Diane, Jerry, Carol and some random Kingdom soldiers showed up at a meeting place with this new group. As they stood outside their compound they assessed the security situation.

Carol:Can you take them both out before one starts shooting?

Ezekiel:This fair was meant to be a symbol. A hope for a better future. But it looks like violence is the only currency of this future, same as the old one.

Carol:Ezekiel, maybe Maybe we should try talking to them.

Ezekiel:What makes you think thugs like this would listen?

Carol:They could have killed you. You and your crew. But they didn’t. I mean, they sent a letter, for crying out loud. A grammatically correct one, too. That sounds pretty civilized, doesn’t it?

Jerry:With all due respect, Your Highness, screw their letter. It was a grammatically correct death threat, yo.

Diane: No, it wasn’t. It just says that visitors to the fair won’t be allowed to pass.

Ezekiel:These pirates have their knives at the Kingdom’s throat.

What if you’re wrong?

Carol:It has risks. We’ll talk to them and if I’m wrong and they don’t listen… then we’ll kill them.

This is now one of my favorite quotes from the entire series when Carol says, “if I’m wrong and they don’t listen, then we’ll kill them.” And the best part about this is that we know she will do this. But I love that Carol wants to do the difficult thing. She wants to try to talk to this group before trying to kill them.

In the real world, that may sound harsh. But in the world of The Walking Dead, this is actually quite refreshing to hear. Our heroes are becoming more civilized than they were even two seasons ago. And talking is often more difficult than just going in shooting.

But that is really how these things work. Sometimes, the peaceful solution is harder, but it is much better in the long run. How many times have you made peace with someone who then became your friend?  Or how many times have you easily made an enemy that only made your life more difficult for a very long time. Turning an enemy into a friend is extremely hard, but every time in my life that I have done it, it has always been worth it.

Even in the Old Testament, where there seems to be less teaching about peace than in the New Testament, there are plenty of examples of this teaching. Just look at Psalm 34:14.

Turn away from evil and do good.
Search for peace, and work to maintain it.
-Psalm 34:14 (NLT)

Notice that this verse doesn’t say it will be easy achieve peace. It says “search” for it. It also says “work to maintain it.”  “Searching” and “working” are far more difficult than simply seeking revenge or beginning the inevitable cycle of violence. But let’s face it, doing the right thing is often harder.