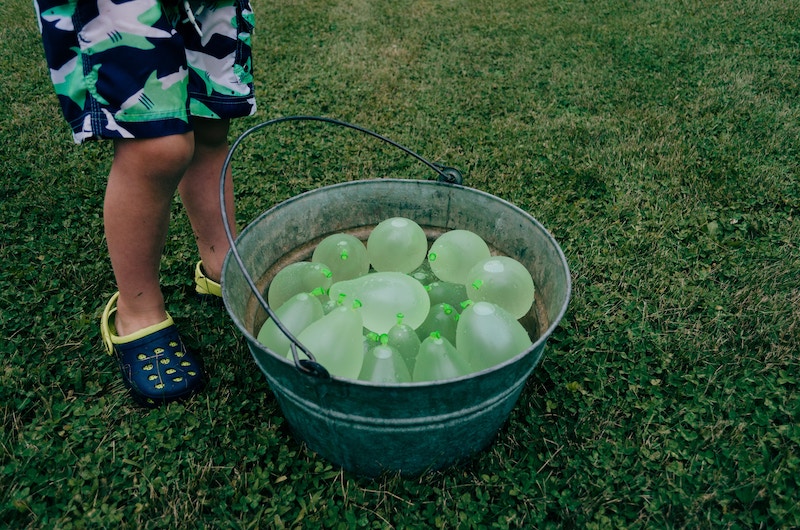 This is a water game that requires a small field. Divide into even teams of any size and line each team up side by side, arm length apart, about 25 yards from one another on their own Territory Line. (like opposing armies in the Civil War.)

Arm each soldier with two water balloons each. Pick one team to go first, which means one team readies to “fire” while the other team has their backs turned. (This helps to keep from sustaining a facial injury). The team leader then yells “Fire!” If anyone on his team wants to fire (optional) they can throw one or both of their water balloons at the opposing army. Anyone who is hit has to sit down where they get hit. No one has to throw anything.

Then the tables are turned. The other team gets a chance to shoot. The first team has to turn around and the whole process is repeated. This mimics the war patterns of the Civil War, “if you shoot at me and I don’t die, I’ll shoot back at you.”

Have judges help with who wins and to determine close calls. If anyone argues with a judge, he/she is subject to water ballooning. Each time a winner is declared, a battle has been waged. 5 battles wins the war.