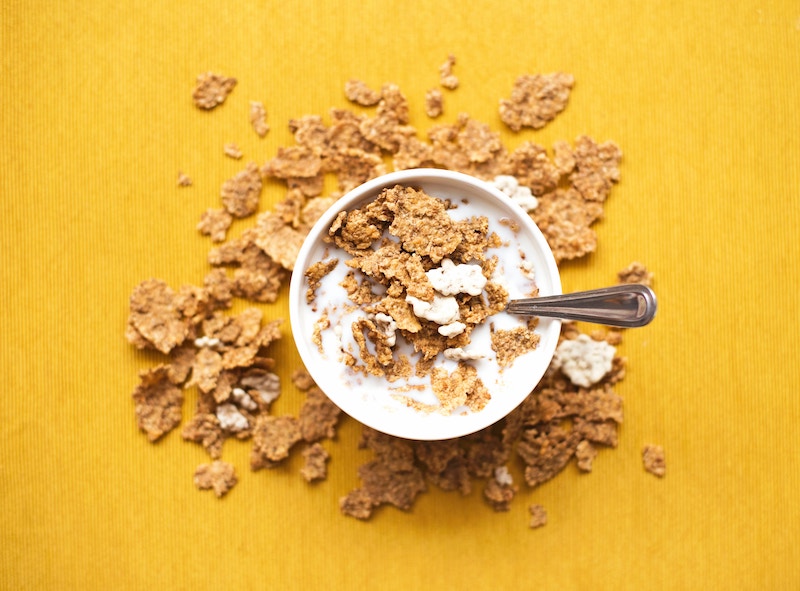 5 games that all involve cereal:

Cut off the front panel of several cereal boxes — one for each group you’ve formed. Then cut up each panel into puzzle shapes- one for each person in the group. Mix together all the pieces and give one to each person and have them compete to find their cereal.